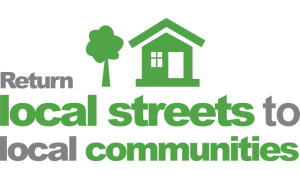 A group of residents from suburbs along the route of NorthConnex is concerned that after three years or so, the phrase “Return local streets to local communities” on promotional material and hoardings for the gargantuan development, disappeared earlier this year.

“Was the thought of actually having to realise this benefit for the long-suffering residents of suburbs along Pennant Hills Road proving problematic?” asks Brian Ash of Pennant Hills, a member of the resident group.

Roads and Maritime Services NSW (RMS) is the delegated agency for this project and, as such, RMS is committed under the NSW Government Planning Approval to prepare Road Network Performance Reviews, 12 months and five years after commencement of tunnel operations.

“Our group has been agitating for improvements to local intersections along Pennant Hills Road, and on side streets, especially the shemozzle at the intersection of Duffy Avenue and The Esplanade,” she said.

Enquiries to RMS have made it clear that its responsibility, with respect to road performance assessment, is limited to State roads only and excludes local roads and streets, including even those designated as Regional Roads and part funded by RMS due to their network significance.

Important local roads such Yarrara Road, Pennant Hills and The Comenarra Parkway, Thornleigh are thus, in terms of road considerations, the responsibility of the local Council.

Hornsby Council has advised a position of ‘wait and see’ in terms of road performance. In a response from Mayor Ruddock, the group has been told that Council wants to see the first Road Network Performance Review by RMS in 2020/21 before committing to any involvement, including community consultation, thus negating the prospect of any meaningful before/after road traffic comparisons.

Both State and Federal MPs have joined with Premier Berijiklian in singing the praises of NorthConnex in terms of the removal of 5,000 trucks per day from Pennant Hills Road and returning local streets to local people.

Brian Ash asks: “ Will the prospect of NorthConnex ‘returning local streets to local communities’ fall through the cracks of government or was it always never more than marketing spin? Will the take up of road space opportunity on Pennant Hills Road be left in the hands of drivers? Or will the champions of NorthConnex act to make it happen in the interest of en-route communities?

This article was first published in the Monthly Chronicle.

Do you want to support Brian and Margaret and the Pennant Hills and Thornleigh NorthConnex Community Interest Group? Then become a member of the Pennant Hills District Civic Trust for $20 per household per year. It’s easy!